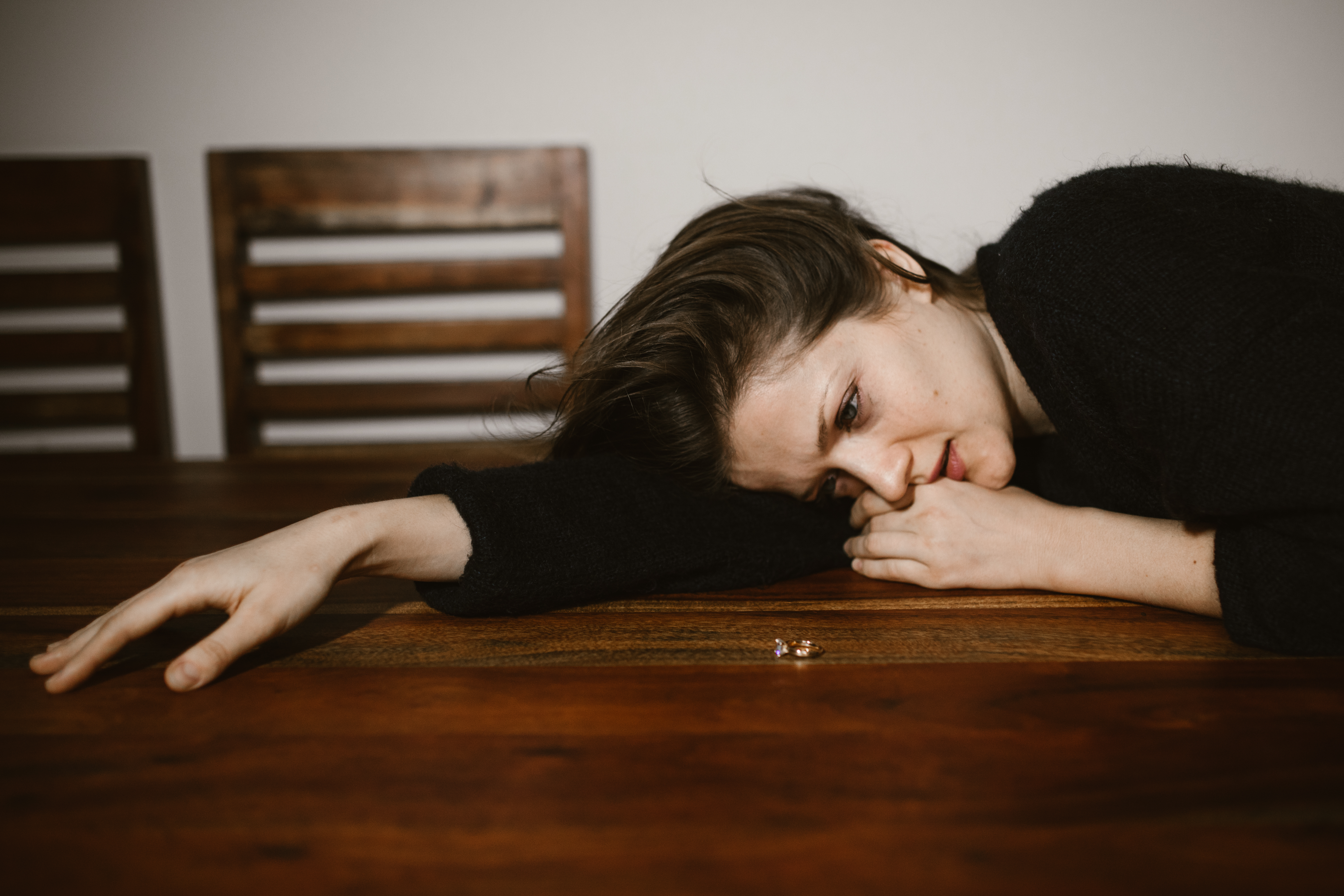 As I prepare this article, it is as if I am hearing more and more about the lack of good, solid, solid leadership in the nations of the world, where men of integrity and trustworthiness are indeed trustworthiness. Corruption seems to be a plague in these times when transparency easily jumps too many tongues.

There are lessons and warnings and guidance and direction in the Bible in the areas of leadership and discipleship and we would be wise to start heeding.

Many of our serious situations and circumstances could be resolved if we would just stick to what God has said in the Old and New Testament scriptures.

When I was asked to deliver ten lessons, ten talks, seeking to cover the entire Bible in ten sessions, I found it exciting, and also very challenging.

In our tour of the Bible looking to get an overview of these last 6,000 years, we come to the prophets. Since the days of Moses there have been prophets, but it is when we get to around 700 BC that we have several books written by prophets.

Previously the words of the prophets were included in the content of the historical books.

The prophets were very ordinary men, but they were given a CHARGE, an ORACLE or a WORD, which they spoke, preached, proclaimed or shared.

The prophet not only spoke for God, but first had to listen to God. We have to receive before we can give.

They also comforted the people, and that too is part of the New Testament prophecy.

Let me get into this point and mention the prophetic book of ACTS: As we try to go through the Bible and get a quick overview of God’s Word, we now come to the book of ACTS. Acts is written by Luke-this is the second volume of his.

Beginning after the resurrection of Jesus Christ, it deals with the details of the Ascension, a much-forgotten aspect of Jesus’ life and ministry.

We are talking about the first 30 years of the Church of Jesus Christ.

Then we continue reading about that mighty day of Pentecost – when the Church of Jesus Christ was born – launched – in the Jerusalem Temple – with thousands present – and 120 Holy Spirit baptized – anointed – filled – and overflowing disciples of Jesus.

And they ALL spoke in tongues – they ALL praised God in languages ​​they had never learned. Those who were watching thought they were drunk—and Peter explained, basing his explanation on the Scriptures—as to what God had done.

Luke was a doctor, a scientist, a man who used to be careful about observing and keeping records. He has examined the life of Jesus – now he is examining the life of the Church, and in these first 11 or 12 chapters we have most of the basics of the Christian life.

Speaking in Uganda and Kenya at 3-day seminars for pastors and leaders, I took these men through the first 15 chapters of the book of ACTS.

On the Day of Pentecost, when Peter explains what has been happening, the people want to do something – Acts Chapter 2 verses 37ff. – and Peter is simple, direct and clear – repent – be baptized – receive the Holy Spirit.

Then we read about the importance of teaching – and these four basic areas of life in the fellowship of the Church of Jesus Christ.

Peter and John meet this crippled man, and he is healed, and Peter and John are put in jail. The persecution has begun – within the first few days.

But there is a boldness and courage displayed by these apostles – and a fellowship that is so strong and trustworthy and supportive and prayerful.

God also maintains a purity within the fellowship during the first few weeks – hypocrisy is dealt with harshly – Acts Chapter 5.

But then a complaint arises, and people are appointed to deal with this unnecessary problem.

Leaders would not stray from their priorities, and we read about that. His priorities were prayer and the ministry of the Word. The priorities for leaders and leadership in the Church of Jesus Christ have never changed, altered or modified.

The persecution increases, and we find Saul of Tarsus, responsible for the death of the first disciple of Jesus to die for his faith.

Saul is arrested by Jesus on the outskirts of Damascus, and is transformed. Jesus sends him a friend to help him: Ananias. Saul is filled with the Holy Spirit – baptized in water – and then eats something. He looks at his priorities. So he goes out to preach! The hunter is hunted. He has to escape.

Where will you go? Where can you go? Would anyone trust him? Was it a plant, a spy? Another man befriends him in Jerusalem: Barnabas. Saul, now called Paul, has to be taken to his hometown of Tarsus.

Acts now focuses on Peter, and he travels visiting all those in need.

God arranges for him to be taken north to Caesarea, where the Gentiles are opened to the Gospel of Jesus Christ. Acts Chapter 10 – and this gets Peter into trouble, as the Gentiles have come to faith in Jesus Christ and have been ‘born again’. Peter fully explains to the Jerusalem leaders, and when they are satisfied that God is working, they have “no further objection.”

However, there are more problems. James is killed. So far we have read about Peter, James and John; now Santiago is assassinated. The intention is to kill others as well. The persecution grew rapidly.

Acts Chapter 13 – where we come to the first great missionary movement in the Church of Jesus Christ. See how it is born.

And away, Paul undertakes three missionary journeys, each lasting between TWO and FIVE years.

There was a real problem facing the Church in Acts Chapter 15: where people said that it took more than faith in Jesus Christ to be a Christian.

Later, Paul is arrested in Jerusalem and has to go on the run once more. This man has no rest, no free time, no easy period. He is imprisoned for two years in Caesarea, and then sent to Rome, where he finishes the book of Acts.

It’s worth reviewing the details of that Mediterranean storm for accuracy: the currents, the ship’s motions, the type of cargo, how they hit a ship that was about to break up, the weather conditions at that time in October year. .

Paul remains a prisoner and writes some of the letters while imprisoned in Rome. We have the account of Paul’s conversion 3 times in the book of ACTS and he never strayed from how he came to faith in Jesus Christ; he never got away from how ‘he was born again’. Some do!

If we did not have the book of ACTS, we would not know how to enter the Church. Please take the time to read or re-read the book of ACTS as we approach another Ascension and Pentecost.

Notice there were no buildings, no official clergy, no committees, no missionary societies to support the missionaries, the people were financed by their converts.

There was no headquarters or denominational divisions, and we are now around AD 65

There is an emphasis on The Kingdom of God – the Name of Jesus – the power of the Holy Spirit.

These should be three main focuses within the Church of Jesus Christ today.

Jeremiah has become a nickname for doom and gloom: Jeremiah prophesied serious and sad words, all of which came true.

If someone calls you Jeremiah, and that is true, then it is a great compliment, it means that you are proclaiming the Word of God.

In the prophets we learn about GOD.

The prophets indicate how personal God is, and how GOD reaches out to His people, and that He speaks to people.

Isaiah – we look at his testimony – and we know precisely when he lived. This is a long, very long book, and we have a scroll of this book, I have seen it in Jerusalem. It is dated around 100 BC.

Let’s take a famous verse – Chapter 2 verse 4 – “They will beat their swords into plowshares and their spears into pruning shears.” That’s outside the United Nations building in New York. But – look at the whole verse – “He shall judge between the nations.” This was sung at Donald Dewar’s funeral, and I remember thinking, these people have no idea what these words mean.

When Jesus stepped onto the world stage, Jesus preached from Isaiah 61, and he saw the fulfillment of that prophecy in his coming into the world, Luke chapter 4.

Isaiah – Jonah – Joel – Amos – Hosea – Micah – Nahum – Habakkuk – Jeremiah and Obadiah – all were before the Exile. Consider the lessons we can learn from these brave and insightful men, men who were called by God and who carried something of God’s anointing.

They heard from God, they heard what God was saying at the time, and they had the courage and ability to proclaim and preach what people needed to hear, and often at great cost.

Let this not be just an article, but allow it to deepen spiritually and bear fruit.

“Lord Almighty God, open us to the prophetic Word, open our hearts and minds to what you revealed to common men, many years ago. We thank you for their boldness and courage, and for the truth and truths they delivered. We thank you for these details about the coming of Jesus Christ, our Savior and Lord. In this Easter season, as we remember what lies at the core of our Christian faith – O loving Father, we give thanks for the cross and resurrection of Jesus Christ – and all that What that means, may we never lose sight of what lies in the heart and core, we pray in Jesus Name. Amen.”