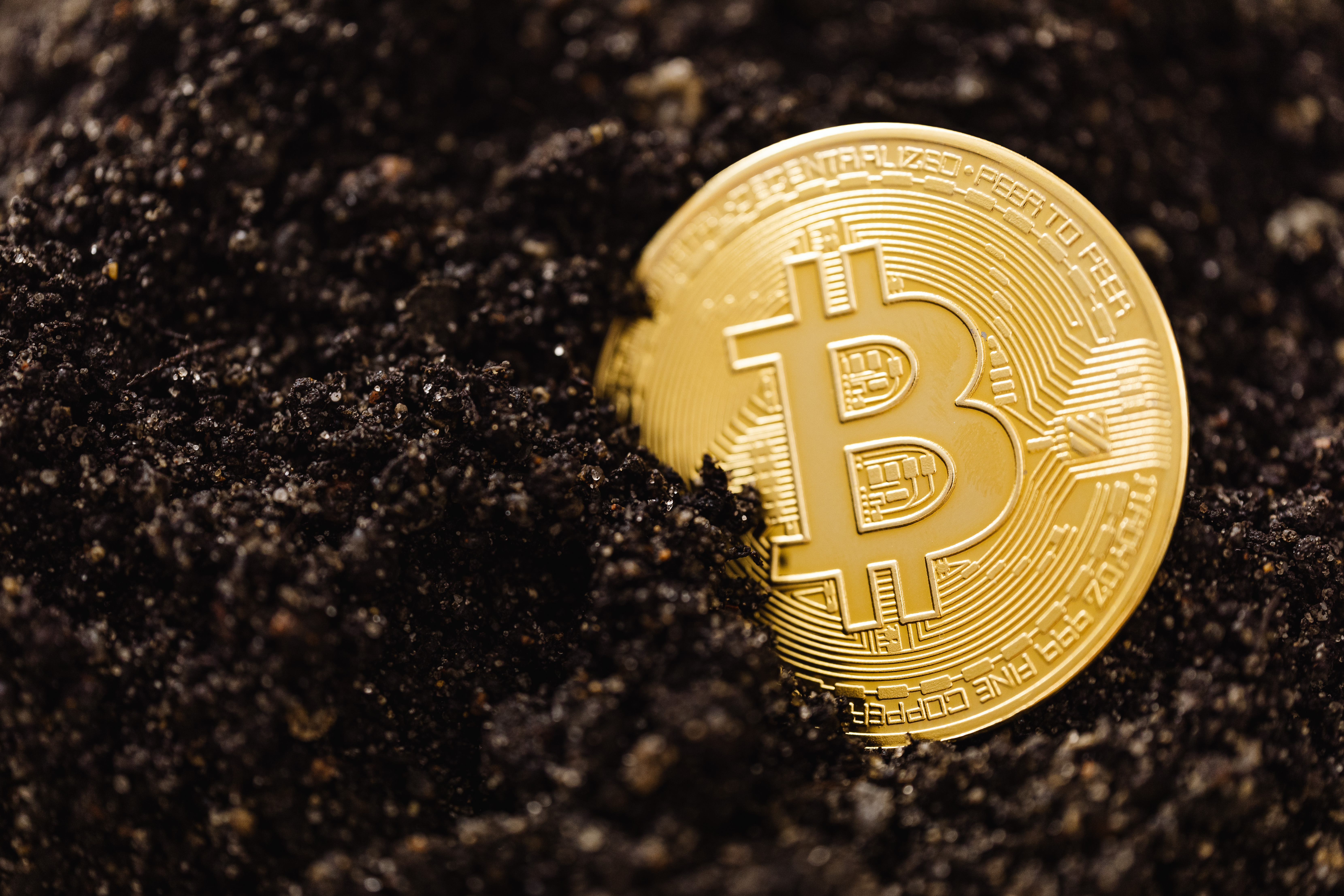 Giuseppe Verdi, the great Italian composer, was born in 1813 in a small town near Parma, Italy. When he was 12 years old, he was appointed organist in the village church. In 1832, when he was 19 years old, a wealthy merchant friend of Verdi’s father realized his great talent and offered him a musical scholarship in Milan. Accompanied by his father and his teacher, Verdi arrived in Milan in May 1832. However, a great disappointment awaited him there: he applied for a place at the Milan Conservatory, but after hearing him play the piano, the school rejected his application.

That same year he suffered another blow: his beloved sister Josephine died. And in 1837, another misfortune found him. From his marriage to Margherita Barezzi in 1836, he had a daughter, Virginia, whom he adored. But Virginia died when she was only a few months old. Discouraged, Verdi isolated himself at home in Milan and faced tremendous difficulties: he was unemployed, had no money, and could often only eat once a day in miserable inns. As if all that were not enough, in 1839 his second son also died – a small son. Verdi’s life became unbearable. In 1840 he received the most tragic blow of all: his beloved wife, Margherita Barezzi, died. Grieved, Verdi fled Milan to his hometown, Busseto, to find comfort.

But the businessman Merelli visited him there and asked if he would like to compose the music for a work entitled Nebuchadnezzar. Verdi, of course, refused. He had lost the desire to compose music. Merelli insisted, however, on putting the libretto of that work in Verdi’s pocket. With half a heart, he later tried to start composing. But the notes did not appear – or if they were, they were filled with pain, like the soul of the composer.

However, he finished it in 1841. Rehearsals for the opera Nebuchadnezzar – or Nabucco, as it came to be called in the meantime – began in early 1842. But it was immediately clear that Verdi had composed a masterpiece. Nabucco was first performed at La Scala in Milan on March 9, 1842. What followed was an unprecedented triumph. The rapt audience responded with a standing ovation, demanding – with a frenzy of applause – repeated encores from the moving chorus “Va, pensiero, sull ‘ali dorate”, which still causes shivers of emotion.

Verdi – now 29 – had suddenly become famous. People sang the Nabucco choir in the streets, while hats and ties with Verdi’s name inscribed on it were sold everywhere. The richest families in Milan opened their houses to him. The same year (1842), the composer met a famous soprano, Josephina Strepponi, and developed a lasting relationship with her that lasted until her death in 1897.

During the next nine years, between 1843 and 1851, Verdi composed thirteen operas, which were performed in all the great cities of Italy – Milan, Rome, Venice, Naples, Trieste – as well as London, and all were enormously successful. The first of these operas was I Lombardi, which was performed at La Scala in Milan on February 11, 1843. On its opening day, enthusiastic crowds packed the theater, and the success of that opera was similar to that of Nabucco.

Opera Ernani followed in 1844, based on the eponymous work by Victor Hugo. It premiered in Venice on March 9, 1844 with great success. Exuberant Venetians carried Verdi on their shoulders and carried him triumphantly through St. Mark’s Square. With the money he earned from Ernani, Verdi was able to buy a small farm near his village. The Opera Joan of Arc (Giovanna d ‘Arco) followed in 1845, with equally great success. Verdi now had so much money that he bought a mansion in his town Busseto.

Other achievements were the operas Attila in 1846 and I Masnadieri (The Bandits) in 1847. The premiere of The Bandits took place in London with a particular fanfare: Queen Victoria and almost all the members of Parliament were present. The opera was a huge success and Verdi made staggering amounts of money. He bought a large estate with forests and vineyards near Busseto, and an apartment in Paris, where he would retire from time to time to relax with his partner, Josephina Strepponi.

Tension between Italy and Austria was rising in this period, and to arouse patriotic sentiments, Verdi composed the opera La Battaglia di Legnano (The Battle of Legnano). That opera was performed for the first time in Rome in 1849. Tickets for the premiere were sold out. It was another great success. Ecstatic, the audience demanded as an encore the repetition of the entire fourth act. Verdi had become a national hero. At the end of the same year, a Verdi opera was also performed in Naples: Luisa Miller, based on the tragedy of the same name by Schiller.

Over the next eight years (1851-1859), Verdi composed his extraordinary masterpieces, the operas Rigoletto, Il Trovatore, La Traviata, Les Vêpres Siciliennes, Simon Boccanegra, Un Ballo in Maschera, and others, and reached the culmination of his construction site. glory. He finished the first of these masterpieces, Rigoletto, in early 1851, and its premiere was staged in Venice on March 11 of the same year. Throughout the night, the canals of Venice echoed with the voices of gondoliers singing “Feather in the Wind,” a song well known even now. After 21 performances in Venice, Rigoletto began to perform around the world.

In 1851, Verdi also began composing his next masterpiece, the opera Il Trovatore, which he completed the following year. The premiere took place in Rome in January 1853, again with great success. Two months later, his third masterpiece, the opera La Traviata, premiered in Venice. Again it was an instant hit and was even performed in America.

In 1855, Verdi finished the opera Les Vêpres Siciliennes. Its premiere took place at L ‘Opera de Paris; in 1856 it was performed at La Scala in Milan with tremendous success. His ardent patriotism touched the souls of Italians. In 1857 the opera Simon Boccanegra was performed in Venice, and the same year Verdi composed the opera Un Ballo in Maschera. This last opera was performed in Rome in February 1859 with great success: ticket prices were seven times higher than normal.

Verdi had reached the peak of his career; at the age of 46 he was considered the greatest composer in Europe. To complete his success, in early 1859 he married the woman he had lived with for the past 17 years, Josephina Strepponi.

In the following years, Verdi composed many other operas. In 1862 he finished his work La Forza del Destino (The Power of Destiny), which had been commissioned by the Russian Theater in Petrograd. In March 1867 the opera Don Carlos was performed for the first time in Paris. At the end of 1871 his opera Aïda was performed in Cairo. The performance lasted more than eight hours – from 7:00 p.m. to 3:00 a.m.

In 1874, he expressed his feelings in his next work, the gloomy Messa da Requiem, made in May 1874 in the Church of San Marcos in Milan. Next year, the painful da Requiem was a huge success. Having conquered all of Italy, he did the same in the rest of Europe, while in London an incredible 1,200-voice choir would take part in the performance, prompting critics to write rave reviews.

Verdi – now 62 years old – began to enjoy the pleasures of life. He met a young intellectual, Arrigo Boito, who shared with him the pleasures of culture, exposing him to new intellectual trends and fashions. In 1876, Verdi conducted his opera Aïda in Paris, and soon the opera was performed triumphantly throughout Europe. In 1881 he rewrote his opera Simon Boccanegra, which was performed that same year in its new form with great success.

Beginning in 1879, he began to put the music on for Shakespeare’s Otello, which was finally completed in 1886. The premiere took place at La Scala in 1887. Celebrities from all over Europe arrived for the performance and ticket prices reached unprecedented levels. At the end of the performance, cheers of joy from the audience could be heard from a few blocks away. When Verdi left the theater overwhelmed with emotion, the people untied their carriage horses and drove it themselves to their hotel. Between 1888 and 1892, Verdi composed another masterpiece, the opera Falstaff, again based on Shakespeare. Falstaff was performed at La Scala in 1894.

In 1897 Verdi’s beloved companion, his wife Josephina Strepponi, died. Thereafter his health declined and in 1900 he found him confined to a wheelchair. In 1901, the great composer – one of the greatest in the world – left this life, at the age of 88.

Verdi’s life reveals that pain can sometimes lead to enormous success. As you can recall, when Verdi was 24 years old, in 1837, his beloved daughter Virginia died, and two years later, his second son also died. The following year, in 1840, his beloved wife Margherita Barezzi also died. Grieved, he fled from Milan to his village. But the businessman Merelli visited him there and asked him to compose the music for the opera Nabucco. Verdi refused, but then began to compose, although he was filled with pain. The result was a masterpiece. When Nabucco was performed, it was an unprecedented success. The grievance had led to the triumph. From now on, Verdi became one of the greatest composers in the world.