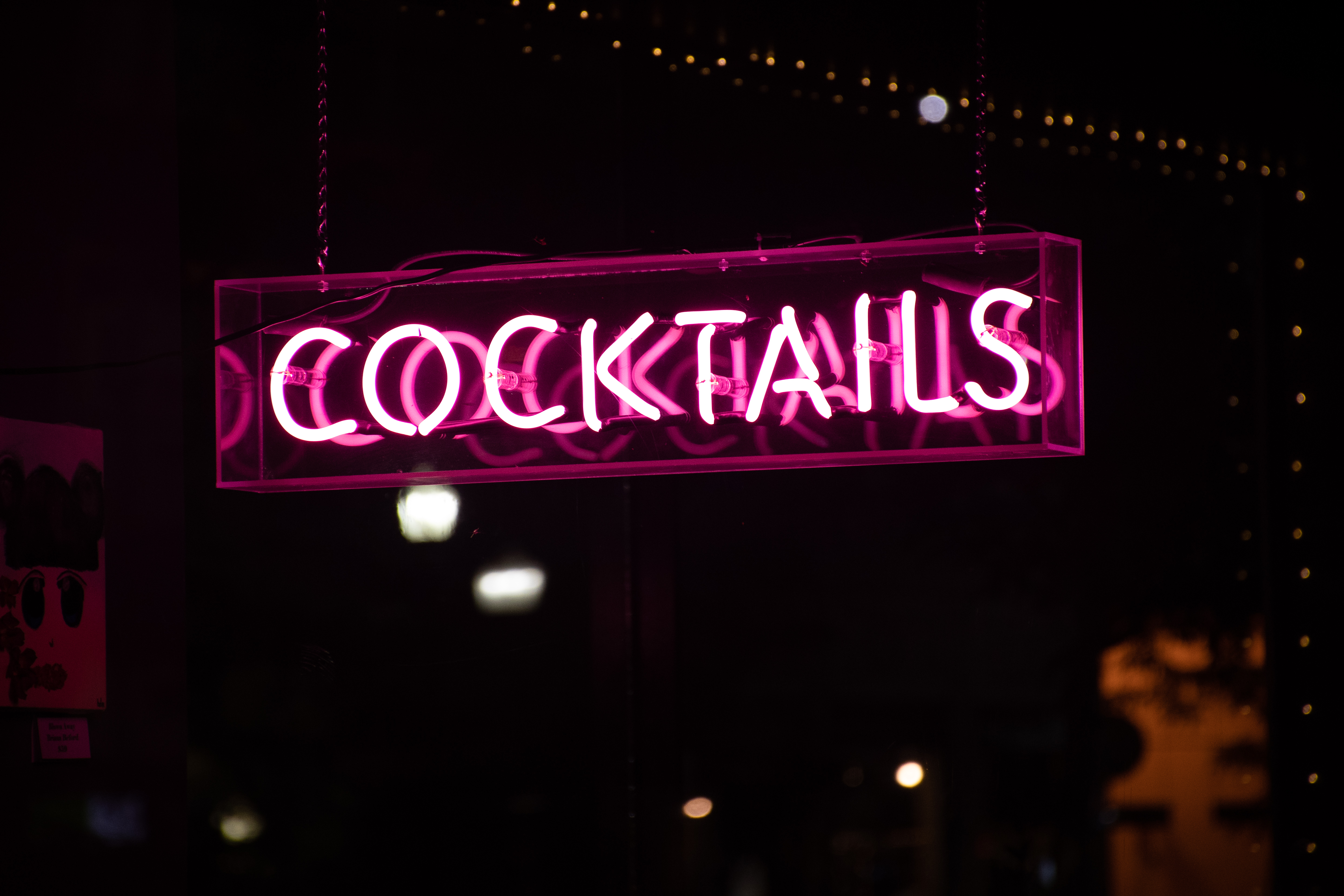 Name a genuine hero who followed the crowd? It’s a crazy question, because heroes don’t follow the crowd. A hero may or may not lead other people, but all heroes lead themselves. Heroes are confident independent thinkers who make courageous decisions. By devoting their full focus to their goals, the Heroes leave no time or energy for worry or self-inflicted emotional suffering. Heroism is a path to happy life and inspired service.

If you want to be a hero, choose one to emulate: WRONG. To be heroic, don’t emulate a hero, learn from one. Heroes do not follow anyone, they mark their own course.

At the end of this article is an exercise to consider your own greatest hero and which of his qualities inspires him.

An invasion of armies can be resisted, but not an idea whose time has come. – Victor Hugo

Go to people
Live amongst them
Learn from them
Love them
Serve them
Plan with them
Start with what they know
Take advantage of what they have. – Jimmy Yen

A leader is most effective when people hardly know he exists. When your job is done, your goal accomplished, your troops will feel like they did it themselves. – Lao Tse

My biggest personal hero is Jimmy Yen. You’ve probably never heard of Jimmy Yen; most Americans have not. Not that he left without recognition. Novelist Pearl Buck wrote her biography. Time magazine wrote about him, and Reader’s Digest wrote about him several times, once as a featured article. In 1943, Jimmy Yen received the prestigious Copernicus Award as one of ten highly influential “modern revolutionaries,” including Albert Einstein, Orville Wright, Walt Disney, and Henry Ford. He also received the Ramon Magsaysay Award for International Understanding in 1960, and in 1983 he received the Eisenhower Medallion from the People-to-People Foundation for his “outstanding” contribution to world peace and understanding.

Jimmy Yen was a very modest man who never sought personal recognition or glory. It also didn’t start with a great vision. His greatest commitments were to his wife, his strong Christian faith, and the people around him. His immense contribution to humanity started very small, and grew and grew and grew exponentially.

In 1918, immediately after graduating from Yale University, Jimmy Yen was embroiled in World War I. He went to France as a YMCA volunteer to play some of the 180,000 Chinese peasants who had been brought to France by the Allied Forces to work as day laborers.

While working among Chinese workers, Jimmy discovered that these people were eager and intelligent, but universally uneducated, that is, unable to even read or write their own name. Jimmy spent many hours reading Chinese newspapers to these men and writing letters for them to send to their loved ones in China.

Jimmy wished he could teach his new friends to read and write, but there was a second reason for these people’s illiteracy beyond poverty and the extremely hierarchical class structure of rural China. Chinese is an extremely complex language that is written with tens of thousands of intricate characters, each of which represents an entire word, rather than a letter.

Even more confusing for an ordinary Chinese speaker trying to master reading and writing, the language that the educated Chinese read and wrote at the time was Classical Chinese, which is not a written representation of conversational Chinese, but rather a language. formalized practically unchanged for 2000 years. It was as if the only way for an Italian to learn to read and write was to learn to read and write in Latin.

Despite great perceived difficulties and lackluster success other YMCA volunteers had had in teaching workers to read and write classical Chinese, Jimmy still envisioned workers reading their own newspapers and writing their own letters home.

While looking at the correspondence he was writing, Jimmy was surprised by how often a very small number of characters (words) was repeated. The inspired genius struck, and Jimmy selected 1000 characters that he believed could communicate virtually any idea.

By putting meat on the bones of inspiration, Jimmy made the decision to teach vernacular Chinese (Baihua) writing, a written representation of spoken Chinese, rather than classical Chinese. Although there had been an effort to promote Baihua in China for several years, it had not gained momentum and Baihua remained practically unused.

Jimmy volunteered to teach the workers to read and write using his 1000-character system. 40 of the 5,000 men in his camp accepted his offer. The training was so successful that many more wanted to join the next class.

Soon, almost all the workers in that camp were writing their own letters home and reading a newsletter that Jimmy had printed for them in 1000 Baihua characters. Word spread quickly and other volunteers began teaching Jimmy’s 1000 character system at all Chinese worker camps in France.

Jimmy then made a promise to return to his country of birth and educate everyone in rural China.

Jimmy returned to the United States, completed a master’s program at Princeton, obtained financial support from the YMCA-In-China program to launch a Chinese literacy program, and set sail for China with his new wife Alice, who would become his partner. forever. and a committed collaborator in the Literacy and Rural Reconstruction movements.

In 1923, Jimmy established the Chinese Mass Education Movement and launched what quickly became a national program to teach 1000-character literacy.

In 1926, Jimmy expanded his work to address the four interlocking problems of ignorance, poverty, disease, and civic inertia, with an integrated program of rural reconstruction of education, livelihoods, health, and self-government: “integrated, people-centered rural development and sustainable “. “in his words.

In 1928, John D. Rockefeller Jr. made a great personal contribution to Jimmy’s work and inspired many other Americans to do the same.

With the start of World War II, Jimmy returned to the United States to raise funds for the reconstruction of China. Jimmy made powerful friends in America, including Eleanor Roosevelt and Henry Ford, and in 1948 he obtained funding for postwar reconstruction through the “Jimmy Yen Provision” of the China Aid Act.

In 1950, when their work in China was stopped by the incoming communist government, Jimmy and Alice turned their attention to the world, working with rural reconstruction in the Philippines, Thailand, India, Ghana, Guatemala, Colombia, Mexico, and Cuba.

In 1960, Jimmy founded the International Institute for Rural Reconstruction in the Philippines.

In 1985, the Chinese government finally welcomed Jimmy back to China and recognized his immense contribution to mass education and rural reconstruction in China.

Today, the International Institute for Rural Reconstruction (IIRR), a worldwide organization based in the Philippines, continues the work started by Jimmy and Alice Yen and serves as a living monument to their work.

Beginning with a desire to teach literacy to a few simple workers, Jimmy Yen’s life unfolded over more than 70 years of service to directly benefit tens of millions of people around the world.

The best thing about it for me personally is that Jimmy Yen is my uncle. In 1921, Uncle Jimmy married Alice Huie, my aunt, and my grandfather’s daughter, Reverend Huie Kin, pastor of the First Chinese Presbyterian Church in New York City.

To me, Jimmy Yen represents the ultimate in selfless and inspired service. Day after day after day, he did his best to take one small step closer to what he believed in. His commitment and enthusiasm were so contagious that his vision inspired people around the world.

Exercise: Who is my greatest personal hero? Get a pencil and paper. Write why I admire my greatest hero and which of his qualities I want to emulate in my own life.